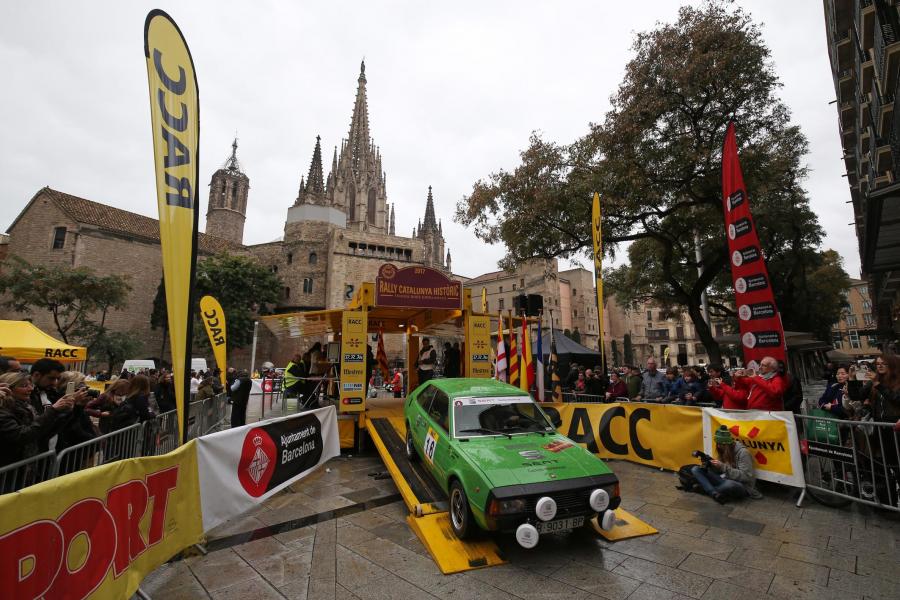 2nd edition of a Premium Event

The Rally Catalunya Històric "Trofeu Dues Catalunyes" is taking shape for its second edition, to be staged on 2 and 3 March 2018. RACC MotorSport has reached an agreement with its Official Sponsors: Group Andbank and Hilton Diagonal Mar Barcelona, that will add their efforts to an event that is planned to become the best race for classic vehicles.

Andbank is one of the most important private banking companies in Andorra, with more than 85 years of history, branch offices in 11 countries and a large offer of customised asset management services, investment products and financial advice, which can be adapted to the preferences and the asset structure of their clients, thus offering an integral, global and flexible service. Andbank defines itself as a family bank, a fact that provides the entity with a key competitive advantage as it shares the same interests as its clients.

Hilton Diagonal Mar Barcelona is one of the most exclusive hotels at the coast of Barcelona. With views over the Mediterranean Sea and located in one of the most avant-garde quarters of the city, it has 433 rooms, 110 of which have been completely renovated with soft tones and lines, inspired in nature and in the cultural and artistic wealth of Barcelona. It is only a few metres away from the beach, next to the Diagonal Mar Shopping Mall, and only a few steps away from the Barcelona Convention Centre, turning it into a perfect option to combine leisure and business. Hilton Diagonal Mar Barcelona is considered as one of the 50 best hotels in Europe to hold meetings and events. Moreover, it is the location of Purobeach Barcelona, a true urban oasis, considered as one of the best beach clubs in the world by Condé Nast Traveller.

Following the agreement signed with Hilton Diagonal Mar Barcelona, the parc fermé after the finish of the 2nd Rally Catalunya Històric "Trofeu Dues Catalunyes", will be set up next to the hotel. The hotel will also be the venue of the closure dinner, the prize-giving ceremony and the place in which the participants will spend the final night on 3 March. The qualitative step forward as regards the hotel category that the rally will be offering to participants will be a major improvement for the event, one of the features of it being the Premium services offered to participants.

A linear event, like it used to be
The 2nd Rally Catalunya Històric "Trofeu Dues Catalunyes" will be, like its first edition, a linear regularity race for classic cars, on closed roads, average speeds of up to 55 km/h, with two average speeds to choose from and all the innovations of its first edition that set trends in strictly regularity rallies. All of this surrounded by comfort services that turn it into a truly Premium event.

The event, with a route of approx. 650 km, will be staged on two days, with start (2 March, 15.00h, Avinguda de la Catedral) and finish (3 March, 20.30h, Hilton Diagonal Mar Barcelona) in Barcelona. The initial stage, a large part of which will be run at night, will have around 250 km. The 2nd stage, run completely in daylight, will take participants to France, with a stop for lunch, to return to Barcelona from the neighbouring country after around 400 km. It is thus a linear configuration reminding the rallies from many years ago, like the "Rally Dues Catalunyes", which it wants to recall, an event that was held six times in the 1960s, always organised by the RACC.

The 2nd Rally Catalunya Històric "Trofeu Dues Catalunyes" will admit the participation of vehicles built between 1947 and 1984, grouped in 6 classes. Cars built in 1985 and 1986 will be able to take part as well, following the criteria of the organiser, but will only be able to opt for the class trophy and not the final classification.